Menu
Nha Trang – Khanh Hoa is a coastal province in the south central of Vietnam, adjacent to Phu Yen province to the north, Dak Lak province to the north-west, Lam Dong province to the south-west, Ninh Thuan province to the south. Khanh Hoa today is the old part of Kauthara in the Kingdom of Champa. In 1653, Emperor Champa harassed the Vietnamese in Phu Yen, Lord Nguyen Phuc Tan sent his troops to attack Champa, occupied Phan Rang to Phu Yen. In 1831, King Minh Mang founded Khanh Hoa province on the basis of Binh Hoa town. Khanh Hoa now includes two cities Nha Trang and Cam Ranh, one town Ninh Hoa and six districts: Van Ninh, Dien Khanh, Khanh Vinh, Khanh Son, Cam Lam and Truong Sa, with a total area of ​​5217.6 km². Part of the Spratly Islands (Truong Sa District) is under the administration of Khanh Hoa province, but is in dispute over sovereignty by some other countries. Khanh Hoa has a coastline of over 200 km and nearly 200 large and small islands with many beautiful bays like Van Phong, Nha Trang, Cam Ranh. With a mild climate, average temperature 26⁰C, more than 300 days sunshine of the year, and many other cultural and historical relics. Khanh Hoa has become one of the major tourist centers of Vietnam. The capital of Khanh Hoa is Nha Trang, a city of tourism and events. Nha Trang is home to many major events such as the Sea Festival, or the beauty contest as Miss Vietnam 2006, Miss Universe 2008 and 2010, Miss Earth 2010, Miss Universe Vietnam 2015. According to many researchers, the name “Nha Trang” is formed by the Vietnamese pronunciation of a Cham site that is formerly known as YjaTran or Ea Trang (meaning “Lau river”, Cham language ea means water, river). Call the river flows through Nha Trang today. Another theory is that the name Nha Trang is written by Westerners from the phrase “White House”. Legend has it that the whole of the walled house, the only home of French doctor Alexandre Yersin built of brick, tile roof, sweep white lime. Once a large foreign ship passing through Cu Huan estuary, see the land, the commander asked what land?  The interpreter saw the White House doctor Yersin, he answered “White House.” The commander wrote on the map. Because the foreign language is not recognized, it should be pronounced “Nha Trang”. The city has many rivers and streams concentrated in two main river systems are Cai River and Quan Truong River. Nha Trang River (also known as Cu River) is 75 km long, originating from the top of GiaLe Chu Tgo, 1,812 m high, flows through Khanh Vinh, Dien Khanh and Nha Trang. The sea in Cua Lon (Dai Cu Huan). The lower section of Nha Trang is about 10 km long. The river is the main source of water for industrial-agricultural production, tourism-services and residential activities for the city and surrounding districts. Contact us for transportation on beautiful coast line to NhaTrang. 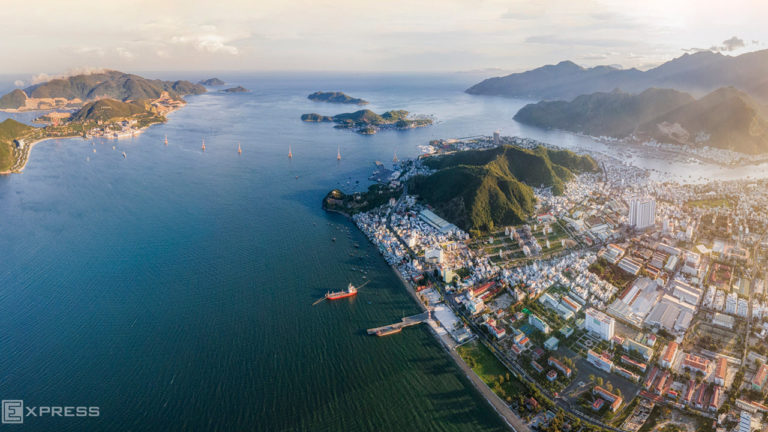